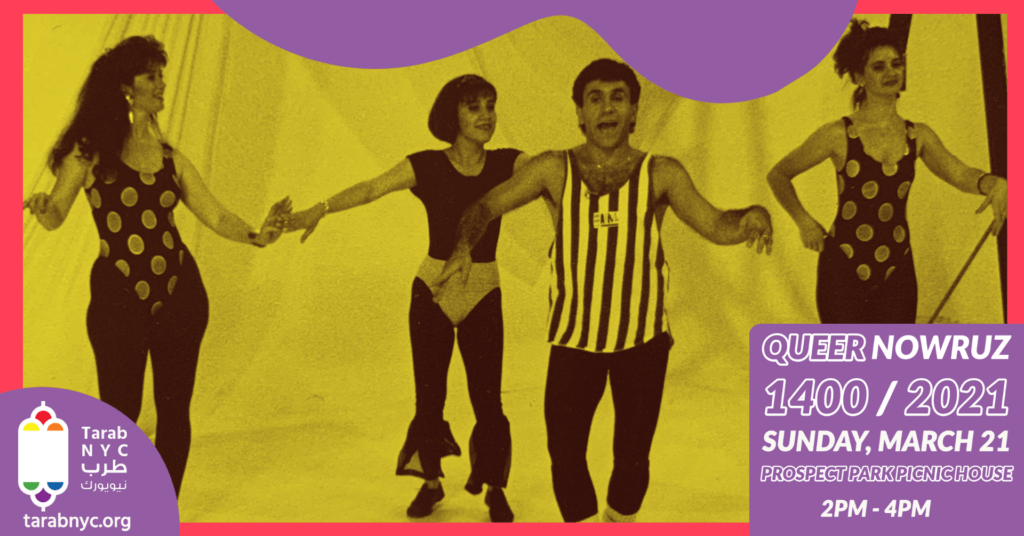 Join Tarab NYC as we host our second annual New Year celebration in honor of one of the biggest holidays observed in Iran, Afghanistan, and throughout Central Asia! Beraghs with music from DJ Fursa, aks begir with our fabulous haft sin, and khosh begzareh with the incredible community of Tarab NYC!  Turn up, get down, and wear your masks because we’re going to party like it’s 1400 baby!

This event will take place outdoors (weather permitting) in a section of the park near the Picnic House. The event is FREE but registration is encouraged and donations are welcomed! If you’re interested in volunteering to help put this event on, please email Bashar.

Nowruz Mobarak and Nowruz Pirooz, we’re looking forward to celebrating with you! 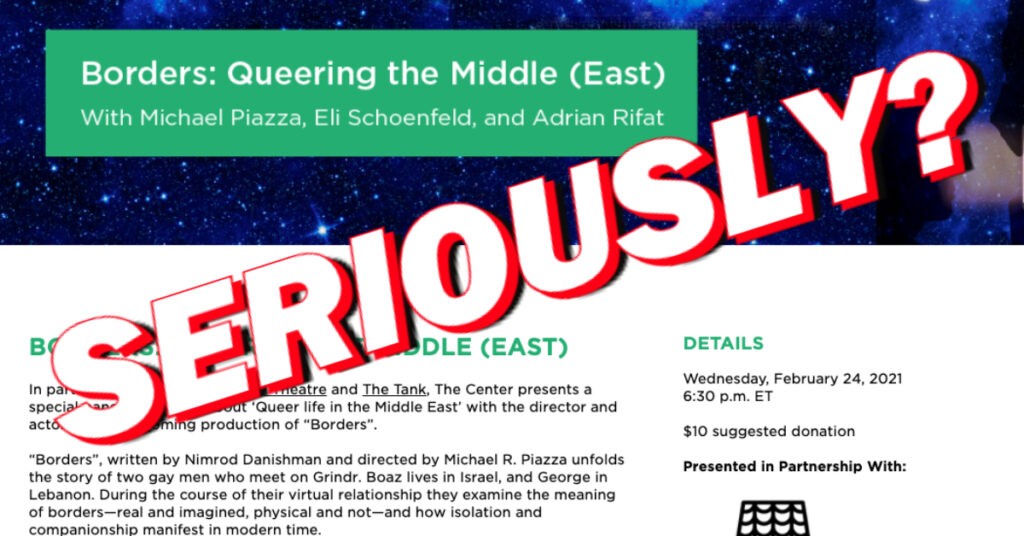 Recently, the LGBT Center held a panel discussion discussion entitled Borders: Queering the Middle (East) a panel discussion about ‘Queer life in the Middle East’ with the director and actors of the upcoming production of “Borders”. “Borders” is a story of two gay men who meet on Grindr, one in Israel and the other in Lebanon. The only panelists that lived in the Middle East happened to only live in Israel. While representation itself is an issue, the play Borders is quite problematic.

One of our community members and former Board Member, Hilal Khalil, was asked to moderate the panel discussion. He agreed as long as he could learn more about the play, and when he did, he knew it was best to sever all ties with the play and the event. He sent the following email to the LGBT Center, copying Tarab NYC, those associated with the play, the New York Commision on Human Rights and various community organizations. While we have not verified all the statements in the email below, we thought it was important to share his message with our community and allies.

Again, we are deeply disappointed in the LGBT center hosting an event about ‘Queer life in the Middle East’ centering it on Israel, with no regard for the occupation of Palestine, the lives of queer Lebanese, and that other countries exist in the Middle East. We believed the leaders of the LGBT Center when they apologized for their past actions and promised to work with organizations like ours to be a better ally to Queer MENA folks. Unfortunately, as demonstrated by their actions, it has not kept its promise of being a better ally and we demand better from the institutions like the Center that claim to be safe and welcoming to our community.

Community Support Groups
Join us for an online peer support group in which LGBTQ+ persons from the MENA region can process experiences in a safe space. Registration in advance is required.

Help us organize a Nowruz event!
Nowruz marks the first day of spring and the renewal of nature. This year, Nowruz falls on a Sunday and we would like to hold an event for the community but need your help (and hopefully the help of mother nature). Can you help us organize? Email Bashar and let’s do this! 😉