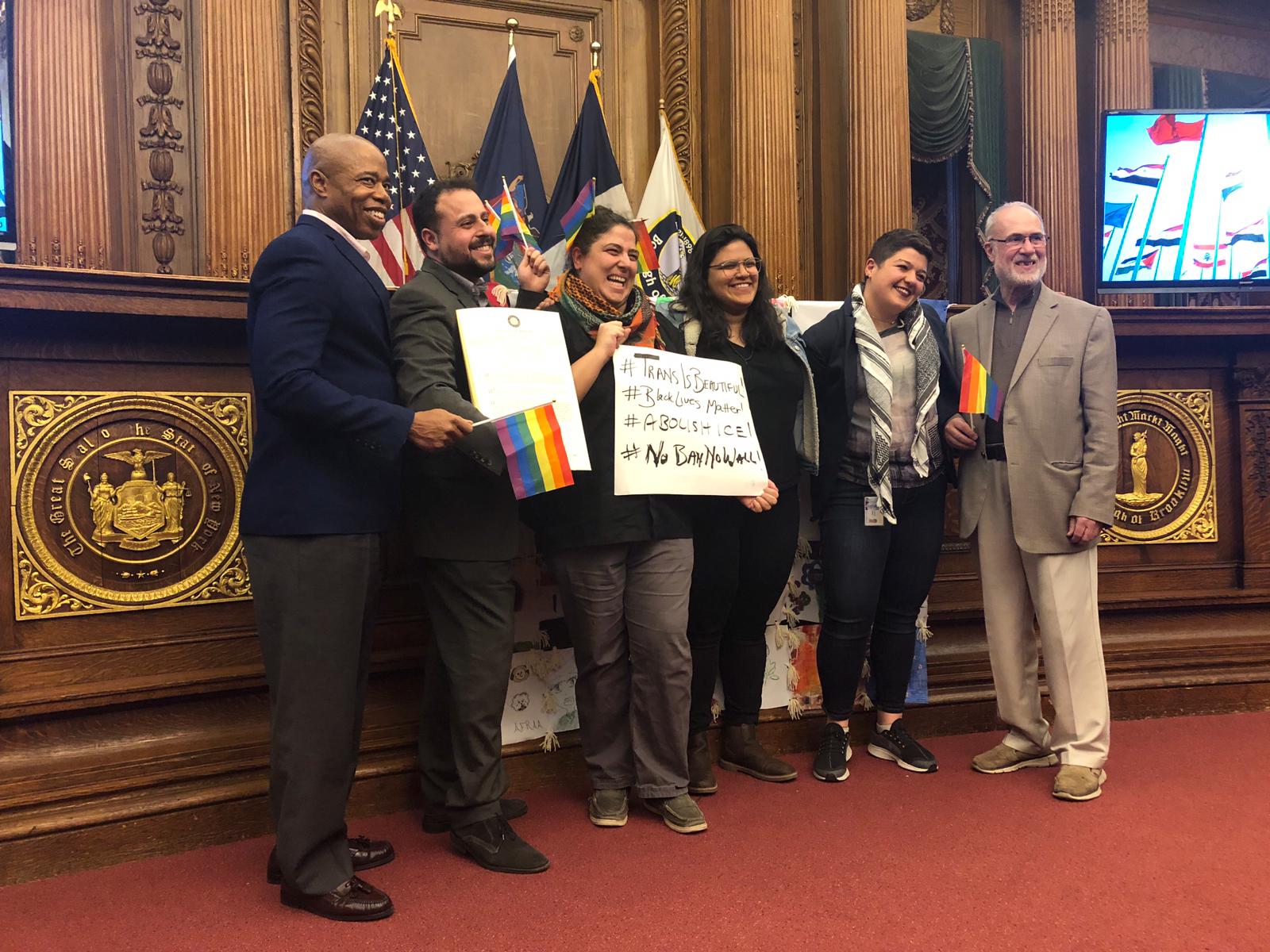 Surprise! Tarab NYC was honored by Brooklyn Borough President Eric Adams at the Arab American Heritage Celebration on April 4th. That’s the same honor that our founder Bashar Makhay received in 2017, where his LGBTQ work and identity was intentionally concealed by the MC. This year we were happy to be recognized as a proud LGBTQ Arab & MENA organization, despite the complicated history and the politics of the office. While we were concerned our identity as an organization would be concealed – we proudly disrupted the space and for at least one evening, queered up Brooklyn Borough Hall and the entire Arab American Heritage Celebration. We invite all the sponsoring organizations including AAFSC, AANY, and Salaam Club NY to seriously and visibly address homophobia and transphobia.

Watch the video below!